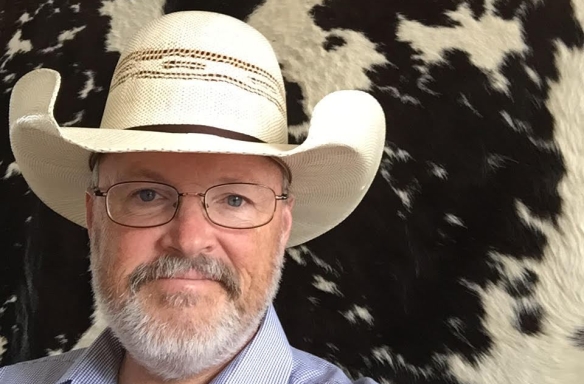 Welcome to  Alex Joyner,  a writer who in his blog Heartlands reflects on spirit and place, heart and land.  Alex is an ordained minister in the United Methodist tradition, currently serving as the District Superintendent for the Eastern Shore of Virginia.  Author of 6 books, he writes regularly for FaithLink and Ministry Matters.  Streetlight Magazine has recently nominated his memoir piece, “Spirit Duplicator,” for the Pushcart Prize.  Congratulations, Alex!

“Thank God he liked my sermon.”  That’s what I thought, with some relief, when the Pulitzer-prize winning poet Franz Wright hit up my comment section after I posted the last Sunday’s effort at Franktown United Methodist in 2008.  After all, Wright was known to like a literary brawl.  He once excoriated Meg Kearney, a fellow poet, just for inviting him to ‘like’ a Facebook page for the Pine Manor writing program.  His dismissals of work he found less than stellar were legendary.  So when I saw the ‘FW’ commenter on a sermon in which I quoted his work, I was wary.  Had he been Googling his name spoiling for a fight?

I had only just discovered Wright.  He appeared with the poet Mary Karr at the Festival of Faith & Writing in 2008 and I was struck by his haunting personal story and his stark, honest words.  The son of James Wright, himself an acclaimed poet, burdened with the father’s abuse and legacy, tormented by substances and demons, suicidal, distraught, depressed, at times homeless, Franz found a poetic voice that eventually sang with his discovery of God.

His poem ‘Baptism,’ in the 2003 book that won him the Pulitzer, Walking to Martha’s Vineyard, captured the sense of release and transformation he found as he became a practicing Catholic.  I was quoting part of it in my sermon that day, though I hadn’t gotten up the nerve to use its arresting opening that makes it brilliant and reflects Wright’s wonder at late-found faith:

That insane asshole is dead

and he’s not coming back. Look

he has a new life

which no one knows except

the one who gave it.

The Apostle Paul couldn’t have said it better.

The sermon was a meditation on life after baptism.  On what you do when the insane asshole has been drowned but the old passions persist.  On what we do with the new life and new name, unknown to all but the ‘one who gave it,” we have been given.

I quoted another Wright poem, ‘Walden,’ describing a turtle immersed in water, soaring in that ‘half underworld’ element, sensing a power: “There is a power that wants me to love.”

This was the truth Wright wanted to be seen in his work, which only seems to shiver in cold New England light.  “It is not too much to say that (as a writer) this is what I live for:” he wrote in that comment on the sermon, “those exceedingly rare, even miraculous instances of contact with someone outside the literary world (at least this is true for poets), of feeling someone has understood you, understood that what you are engaged in is anything but a literary matter–that it is simply your work, the glove with which you touch the universe, as well as your spiritual quest and your physical sustenance.”

Later he posted another a comment. What if, he mused, “in this frustrating and lonely and frightening ordeal we were to perceive it as something different, something not to grieve about but to rejoice in–a physical, lived illustration of the soul’s true nature, which is its immortality, its changelessness and agelessness. This also leads to other issues regarding the nature of the life of the soul, which are far from being so black and white, but still: what if we could experience this aging dilemma and ordeal as proof of something marvelous and infinitely reassuring?”

Franz died of lung cancer at the age of 62 in 2015.  His obituary in The New York Times talked about the “anguished themes” of his poetry and talked about his estrangement from his family as a “rupture” that “ran through his work like a glittering dark thread.”  But it gave scant attention to the ways his searing self-examination gave way to a larger hope.

For bare knuckled Christians, there are few equals to Franz Wright.  I’m glad he liked the sermon.  But I’m more grateful that he found a way to trust his art and his God.